This article was first published in reddit hearthstone community, but after a day, the article has been downvote to invisible.

The cause of the incident was that Blizzard banned a player who promoted political slogans during the game.

My original intention was to provide different information for reddit, and I hope that the community will not be overly emotional. But soon I was labeled as “brainwashed”, “political propaganda” and so on.

The communication is failure, but it shows a biased group, how to eliminate dissent, repeat their lies and then strengthen their bias.

I know that you have a passionate heart and want to speak justice for this world, but I am worried that you have stood on the wrong side because you don’t understand the actual situation.

Position statement: I’m Chinese living in Shenzhen, a city close to Hong Kong. I watched Hong Kong TV from an early age, so when I travel to Hong Kong, I am not unfamiliar. Hong Kong is more free than the mainland, has a more complete legal system. But due to violent demonstrations, these advances have been destroyed in the past few months. Now I dare not go to Hong Kong because the demonstrators are hunting different dissidents.

To prove my point, let me show some violent demonstrations. I try not to quote bloody scenes because it may make you uncomfortable. But because of the violent nature of the demonstration, I can’t avoid it. This is not a complete event record, I just pick out events that may be selectively ignored by the media.

Outside the Legislative Council, the police were on the line of defense, and the demonstrators continued to approach and throw debris, iron pipes and even bricks. 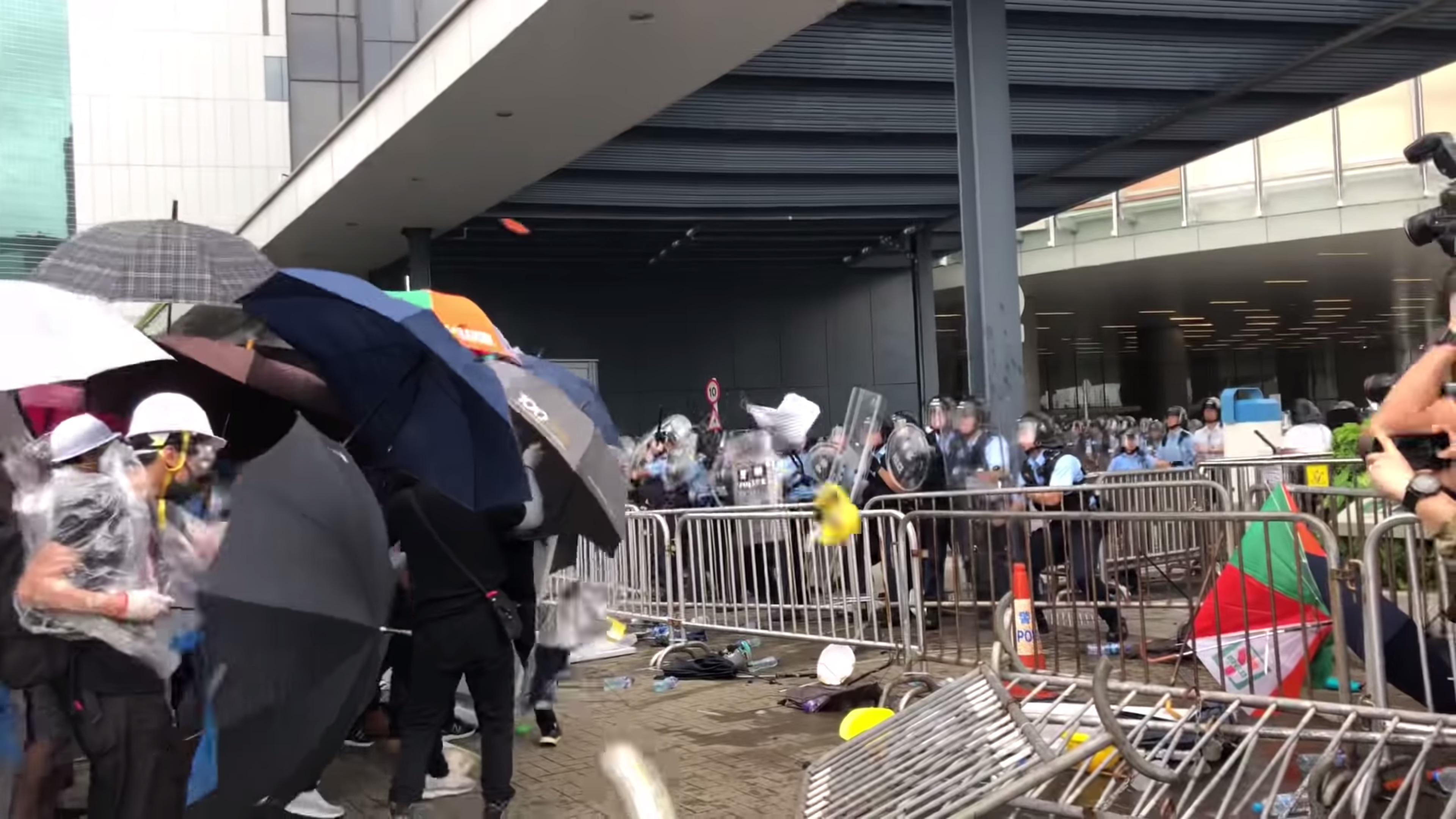 In the evening, the demonstrators beat the police and the police were bloody. 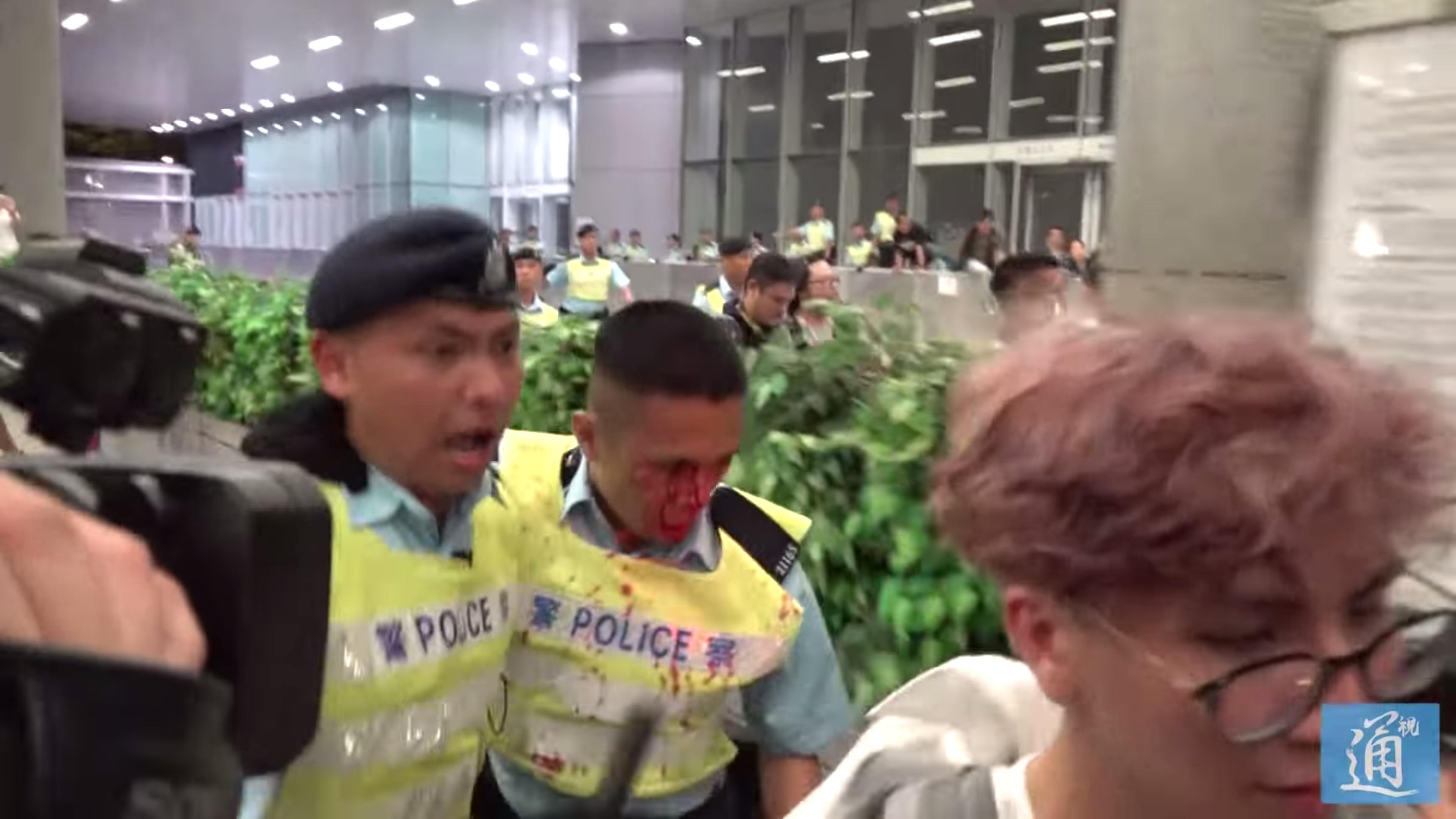 After several attacks, the demonstrators finally entered the Legislative Council. 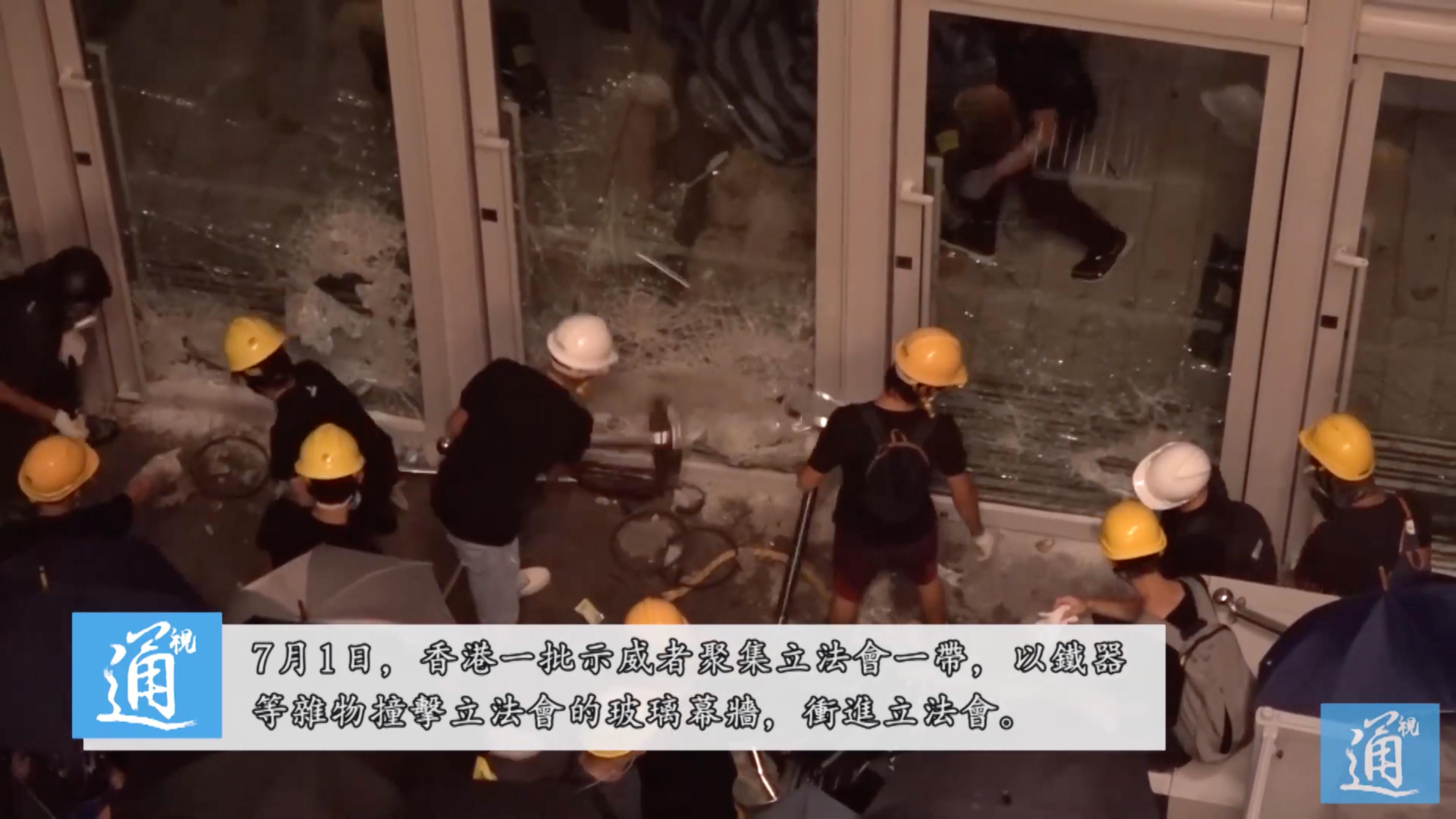 There have been many serious violent clashes this night, and violence has spread from targeting police to targeting other people.

On the same night, in another place, the demonstrators blocked the road, beat a driver who was dissatisfied, and smashed the car： 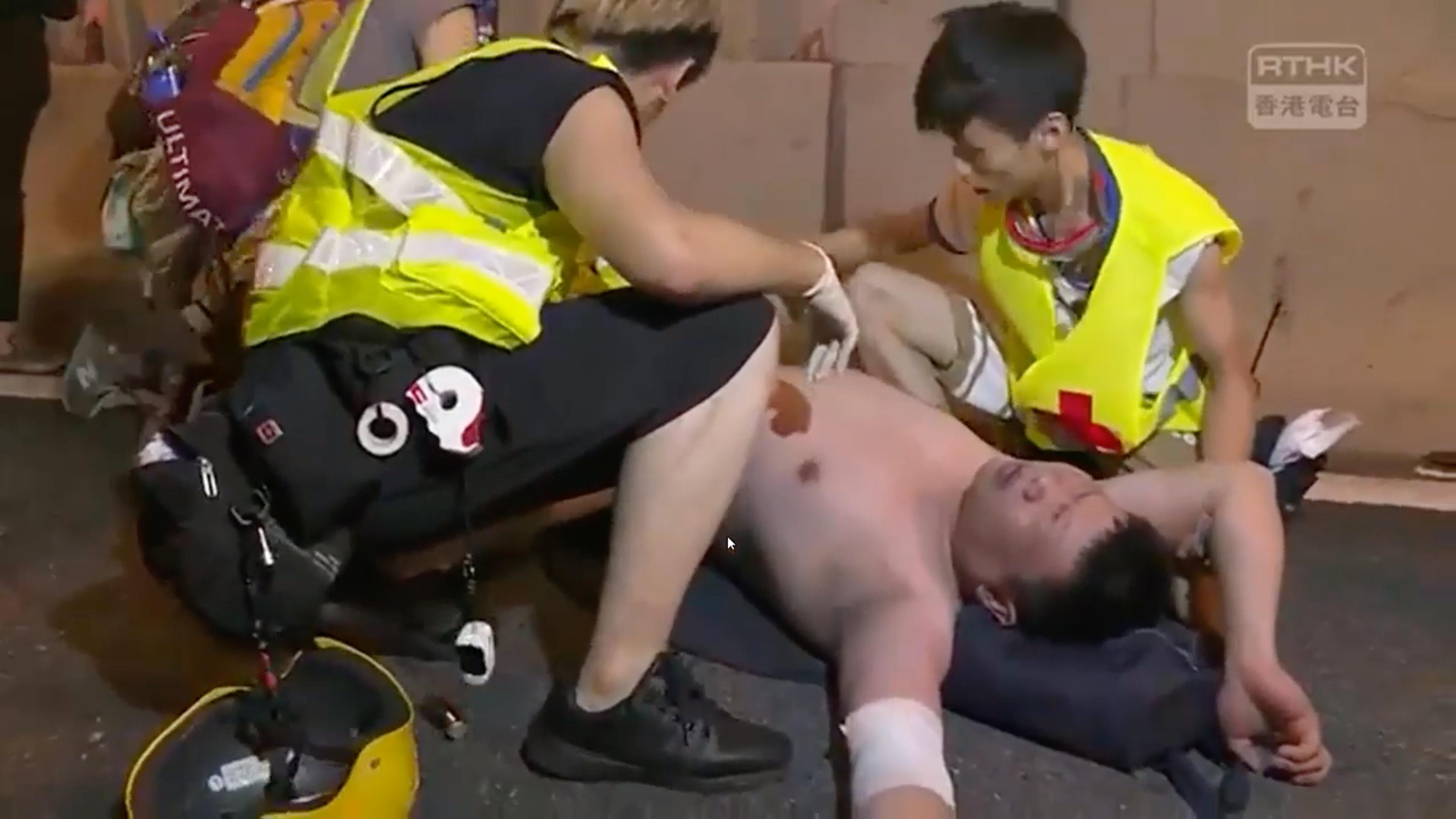 The driver just wants to go home. The demonstrators were angry and felt that the driver did not support his actions, so beat him.

After this day, violence is getting out of control.

This is the most recent and most violent incident I quoted. 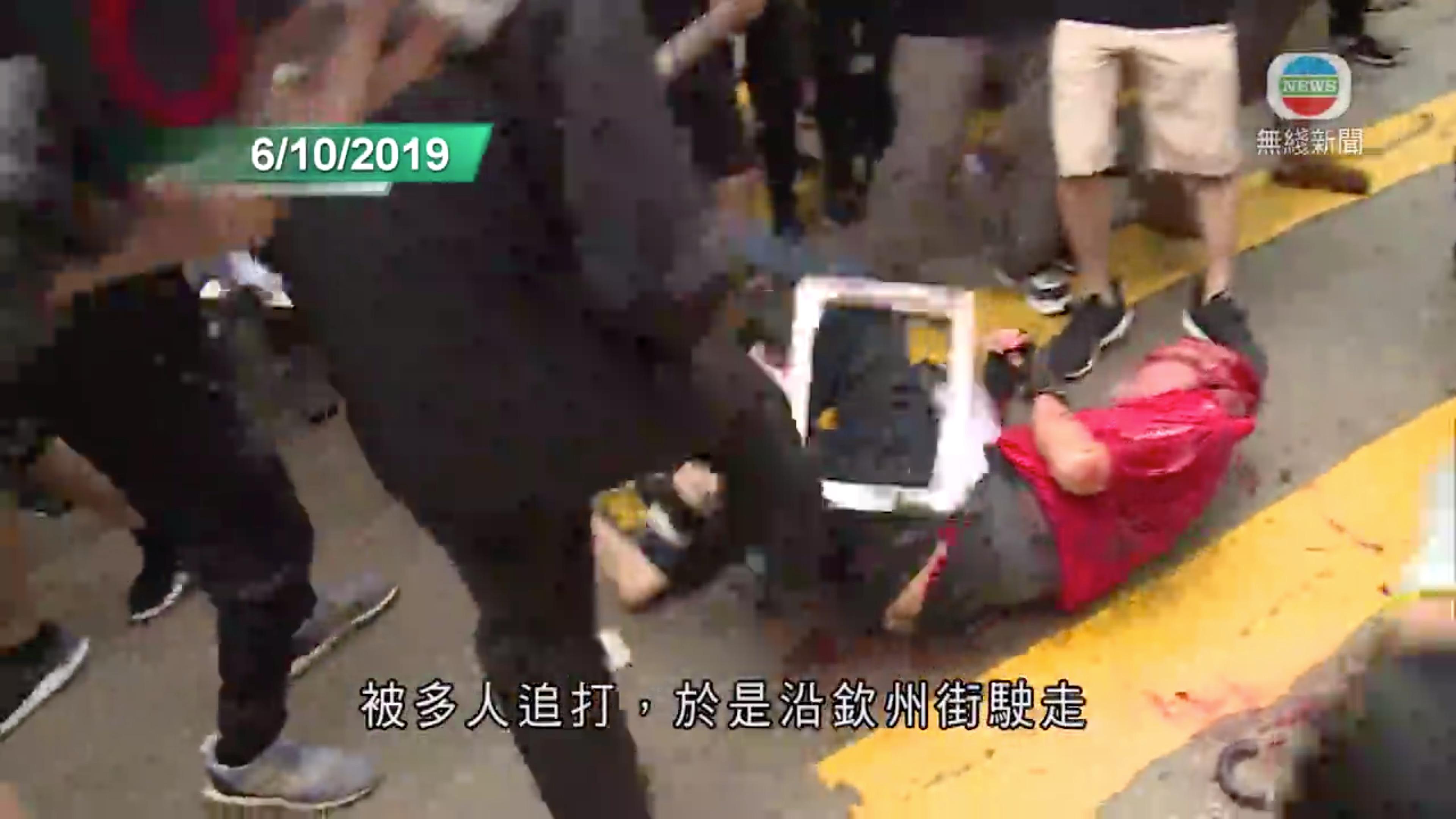 The violence has continued and escalated, and Hong Kong citizens live in fear.

There are still many similar incidents. Because this is not to record the entire event, I don’t want to list them here. Let me talk about what I really want to express.

In the past few months, there have been too many things in Hong Kong. You can’t simply judge right or wrong based on intuition. There are too many historical reasons for the problems that are happening in Hong Kong. I cannot explain them here. It may take time to come to a conclusion.

No media is completely neutral. If you want to know the truth, you need to spend a lot of time identifying different sources of information. This is far from being as easy as calling out a free slogan.

If you simply scream “I support the people of Hong Kong to fight”, you may be hurting people who want to live a peaceful life in Hong Kong.

China has experienced many disasters in modern times, finally have a peaceful period to develop the economy and improve people’s livelihood, Most people don’t want to destroy it.

In essence, I don’t think there is much difference between people around the world. We want to be friendly, peace, and freedom. Freedom is one of the common needs of mankind, and I believe that society will become more and more free. However, different countries have different development processes and cannot be rushed, or they will cause turmoil and even war.

When I saw a lot of people in reddit said to support Hong Kong to fight, I am very distressed. I am distressed for the people of Hong Kong because the riots will not end in a short time, Hong Kong people must continue to live in fear. And I also know that there are many Chinese Hearthstone players who feel distressed. Things should not be like this.

I think Blizzard is doing right things. It is not because of its operation that people feel that its position is biased toward China, but that it faithfully follows the rules. If someone promotes a political position that favors China in the game, I also support Blizzard to ban him. The game is not a platform to promote political positions.

We live in different places and meet through games. We need to be more inclusive of each other’s culture. I hope that the Hearthstone community can restore peace. Thank you for reading here. My English is not good, it took an afternoon to write this article.

I stand with Hong Kong, standing on the side of peace.